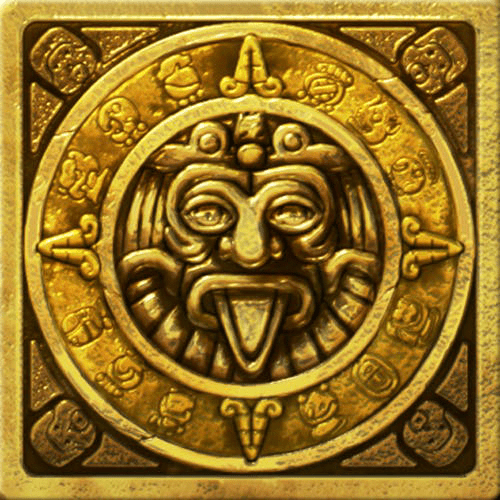 Gonzo's Quest is a fantastically designed video slot, which is powered by NetEnt. The slot has on feature 5 reels and 20 pay lines. Gonzo’s Quest Slot it is written based on the story of a famous conquistador Gonzalo Pizzaro. The game takes its players to the Peruvian ruins where they get to experience real adventure.

One thing that you get to notice first when playing this game is the structure of the reels, better still – the absence of the reels. In place of the spinning reels that players are used to on other slots, what is obtainable here are symbols crashing down from the top to stack on one another.

This move was sensational when the game launched and it has commendably led the way for other developers.

The Free spins on this game are called Free Falls – since the symbols here are falling and not spinning. Players will be awarded with 10 free spins when they land at least 3 free falls.

There is also the possibility of getting 20 free spins if the player is able to make 3 or more free fall symbols land on 2 different betlines, all at the same time.

This free fall feature is also animated, in which you see Gonzo passing through the gateway and moving towards the golden pyramid at the background. This is the definition of excitement.

Players can then activate more free spins when they land 3 or more free fall symbols during the free fall rounds.

This feature has a 15 times multiplier.

There is no local or progressive jackpot on Gonzo's Quest, but players still stand to take home big winnings on this game. The maximum coin that can be won is 187,500 and if players play with £50, they can win as much as £125,000 in a single spin.

Just like every other game developed by NetEnt, this slot is well optimized for tablets and mobile devices. Players can play while on the move as long as there is an internet connection. And also the games are designed to work compatibly with Android and iOS.

How To Play Gonzo's Quest

Gonzo's Quest might have introduced into the game ground-breaking techniques, but that has not made the game so complicated for players to play.

Interestingly the rules are straightforward and it is very much easy to start.

The game has 20 paylines that are permanently enabled. Just as it is with most online slots, players are presented with a range of coin values and bet levels to select from. All that is needed to be done is for the player to select their limit and start to spin.

Gonzo's Quest’s graphics are highly superb. The cartoon-style video intro takes you into the theme and leads you on to the main character engagingly.

The entire look of the game is a reflection of the theme, with jungle foliage that is quite on the bright side and the Mayan style images that surround the reels. The charge players feel is epic.

The sound effects on the game closely mirror the theme. And just like every other slot, the game has repetitive them tunes, but that’s not so important here.

The background tunes immerse the player into that South American jungle setting, with insects chirping and birds tweeting.

The sound of rocks hit your ears with every spin and with a win, the rocks explode. You can barely beat this thrill.

RTP stands for Return to Player and it is the payout percentage of any casino game. The RTPs are posted on the sites and they are indicators of how profitable it is to play a particular game.

And more importantly, players should note that the RTP is being calculated over a large number of spins. The official RTP at Gonzo's Quest Slot is 95.97%, and this can be rounded off to 96% on most games.

Playing slots is surely great fun, but notwithstanding players need to ensure that they are able to manage their bankroll effectively. This fast-paced game can easily eat deep into the pocket of an unsuspecting player, so it is advisable for players to set a limit to their spending.

Gonzo's Quest is simple, but quite exciting to play, which is one of the reasons why it is being loved by gamers across the world. The rules of the game are relatively easy to understand and the avalanche reel coupled with the win multipliers give decent wins to the players on a regular basis.

There is more than that, this 2013 release features great soundtrack and thrilling graphics. Players are set to have a great experience having fun on the game. Not bad at all.