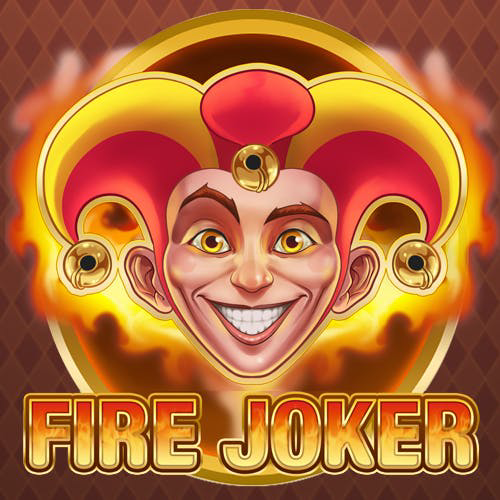 Fire joker is an amazing video slot game from Play’n Go gaming provider. The game is a simple game with 3 reels and 5 pay lines. The game is a traditional fruit slot machine with an intriguing twist. It can be played on all devices ranging from desktop to smartphones and it features a massive 10x multiplier effect on winnings triggered by the same symbol appearing across the three reels. The game is bound to give players thrilling times.

Fire Joker is a simplistic game designed with the old-school 3x3 reel layout loyalist in mind. Players are attracted to the simplistic yet sharp design of the game and potential of winning up to 80,000 prize money.

The theme of this interesting video slot game is closely linked to that of the joker in card games. You may notice however that it is not accompanied by an equal in-depth storyline a player might be looking forward. Yet it is easy to see that the Fire Joker theme retains a huge fraction of joker’s enthralment to keep a player playing for long with the promise of a decent winning.

The game is set against a diamond pattern with bright red and orange colours which mirrors the joker’s dress style and colour. The symbols are set on the red background of the game and they consist of blue crosses, grapes, some nice lemons, plums, bars, an enticing collection of cherries, stars and red sevens.

The reel spin has a metallic tune integrated into it although it can be muted if the player so wishes. The fire effect is an innovative feature of the game that illuminates the bottom part of the screen.

The graphics of the game illustrates the simple nature of the game that allows players to enjoy the game without having to worry about burdensome features and details that usually makes some video slot games complex. Although released in 2016, the game mirrors the earliest designs of 3-reel slot machines but with a modernised touch of contemporary graphics, sound, design and effects.

The game is played on a virtual 3x3 layout with five pay lines that are fixed. Once a player hits a winning combo of 3 symbols on a pay line, the lower part of the screen shows the fire symbol which indicates a win.

Re-spin of Fire: a player gets to trigger the re-spin of fire when he/she lands a matching symbol on any two reels with no winning combination. A player is awarded 1 free re-spin on the third reel. There is a chance that the third reel will re-spin to yield a potentially winning combination. When a player lands two reels with re-spin, the reel with the highest winning potential will re-spin.

Wheel of Multipliers: When all reels are filled with the same symbol, the player triggers a large wheel of fortune which is displayed with each segment having a multiplier winning effect of up to maximum 10x. This is a player’s hugest chance of big winnings as a player can get to win 800x his/her stake from a single spin.

Symbols: Fire joker has lots of symbols which include red sevens, gold stars, bars, plums, alluring grapes, lemons you love, some cherries that will draw you in, and blue crosses. There is the possibility of these symbols making a stacked appearance on the reels. The major symbol is the joker which represents the wild and it can replace all other symbols.

What attracts players to the fire joker slot is its simplicity, colourful design, the re-spin of fire. The latter keeps every player going in the hope of making a potentially huge winning which can be triggered by the wheel of multiplier. The game is designed to attract conservative partisans of the 3x3 board layout with its sharp design.

Yet from the other side of the fence, this relative paucity of modernity in the game (possibly in the number of reels) can be a turn off for other players.

Yet, we can’t genuinely say this is a big minus. It all depends on the player, but on the overall, we will do well to recommend the Fire Joker slot.